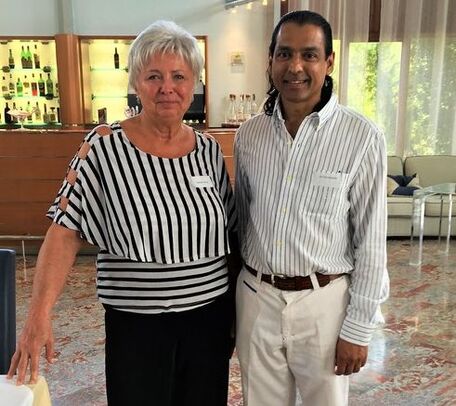 Dr. Magda Havas is the leading scientist in Canada and one of the leading scientists in the world in the field of Electromagnetic Radiation (EMR), who has conducted extensive research (based on the historical Zory Glaser’s Archives and current research) from around the world, on the biological effects of Electric Magnetic Fields, non-ionizing frequencies in the electromagnetic spectrum.

Dr. Magna Havas also conducted research on Health Effects of Environmental Contaminants. It was Dr. Magda Havas in the 1980’s who identified and showed that Acid Rain was a real problem in Canada and not a Hoax, but a serious environmental treat at a time when many were in disbelief and was a “hot” political topic. It was Dr. Magda Havas whose work contributed to the Clean Air Legislation Amendment in the U.S.A and Canada. As of March 12, 2012, Dr. Magda Havas has done more than 265 public lectures in 20 countries at 24 universities.

She has an excellent website, https://magdahavas.com/, with a wealth of information on EMF.

In September, 2018, I had the good fortune of meeting Dr. Magda Havas for a week in Tuscany, Italy during a Seminar on Technology For Well-being. She is not only one of the leading scientists in the world, but also one of the nicest person that I have encountered with in the world.