This article was taken from the Weston A. Price Foundation and can be accessed via weblink, https://www.westonaprice.org/health-topics/nutrition-greats/weston-a-price-dds/. 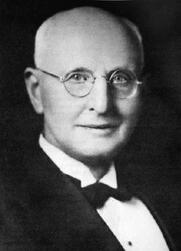 Dr. Weston A. Price (1870-1948), a Cleveland dentist, has been called the “Isaac Newton of Nutrition.” In his search for the causes of dental decay and physical degeneration that he observed in his dental practice, he turned from test tubes and microscopes to unstudied evidence among human beings. Dr. Price sought the factors responsible for fine teeth among the people who had them- the isolated “primitives.”

The world became his laboratory. As he traveled, his findings led him to the belief that dental caries and deformed dental arches resulting in crowded, crooked teeth and unattractive appearance were merely a sign of physical degeneration, resulting from what he had suspected-nutritional deficiencies.

Price traveled the world over in order to study isolated human groups, including sequestered villages in Switzerland, Gaelic communities in the Outer Hebrides, Eskimos and Indians of North America, Melanesian and Polynesian South Sea Islanders, African tribes, Australian Aborigines, New Zealand Maori and the Indians of South America. Wherever he went, Dr. Price found that beautiful straight teeth, freedom from decay, stalwart bodies, resistance to disease and fine characters were typical of native peoples on their traditional diets, rich in essential food factors.

When Dr. Price analyzed the foods used by isolated indigenous peoples he found that they provided at least four times the calcium and other minerals, and at least TEN times the fat-soluble vitamins from animal foods such as butter, fish eggs, shellfish and organ meats. The “primitive” Seminole girl (left) has a wide, handsome face with plenty of room for the dental arches. The “modernized” Seminole girl (right) born to parents who had abandoned their traditional diets, has a narrowed face, crowded teeth, and a reduced immunity to disease.

The importance of good nutrition for mothers during pregnancy has long been recognized, but Dr. Price’s investigation showed that indigenous people understood and practiced preconception nutritional programs for both parents. Many tribes required a period of premarital nutrition, and children were spaced to permit the mother to maintain her full health and strength, thus assuring
subsequent offspring of physical excellence. Special foods were often given to pregnant and lactating women, as well as to the maturing boys and girls in preparation for future parenthood. Dr. Price found these foods to be very rich in fat soluble vitamins A and D nutrients found only in animal fats.

These indigenous people with their fine bodies, homogeneous reproduction, emotional stability and freedom from degenerative ills stand forth in sharp contrast to those subsisting on the impoverished foods of civilization-sugar, white flour, pasteurized milk and convenience foods filled with extenders and additives. The photographs of Dr. Weston Price illustrate the difference in facial structure between those on native diets and those whose parents had adopted the “civilized” diets of devitalized processed foods.

The discoveries and conclusion of Dr. Price are presented in his classic volume Nutrition and Physical Degeneration. The book contains striking photographs of handsome, healthy natives and illustrates in an unforgettable way the physical degeneration that occurs when human groups abandon nourishing traditional diets in favor of modern convenience foods.

In addition to his work on nutrition, Dr. Price conducted extensive research into the destructive effects of root canals, detailed in his two-volume work Dental Infections Oral & Systemic and Dental Infections & the Degenerative Diseases. His conclusions, ignored by the orthodox dental establishment for over 50 years, are gaining renewed acceptance as holistic practitioners are discovering that the first step to recovery from degenerative disease often involves removal of all root canals in the patient’s mouth.

The principles of holistic dentistry, based on the research of Weston Price and Francis Pottenger, are as follows: